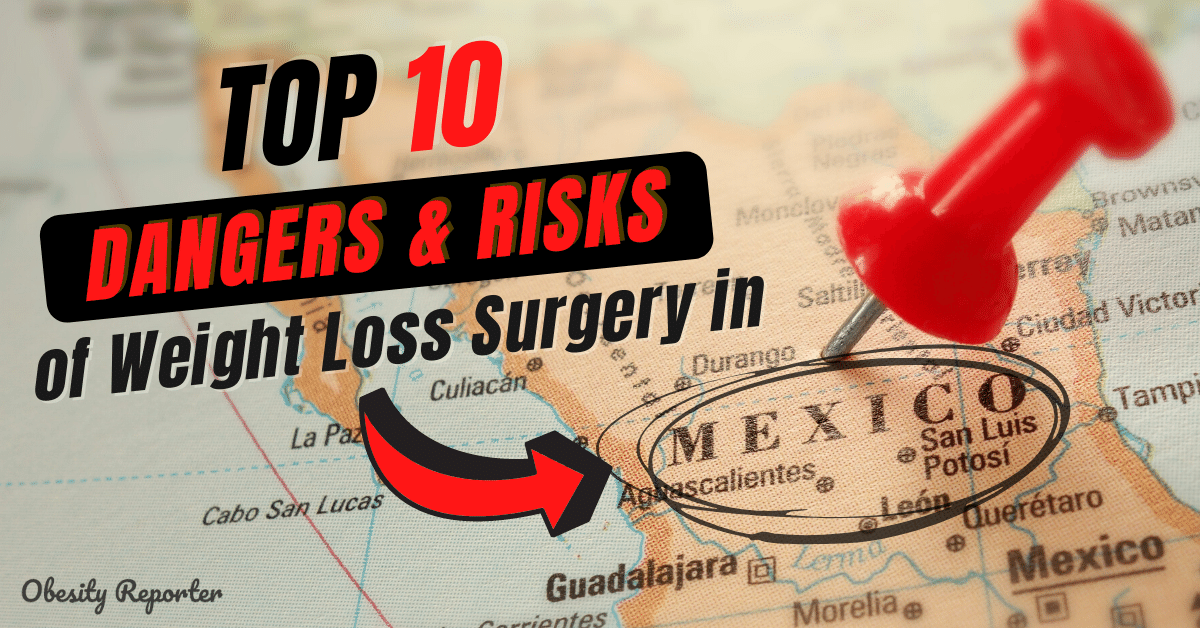 Weight loss surgery in Mexico is on the rise, with over 2 million people crossing the border each year for more low-cost health care. For people strapped for cash, paying as little as $4,000 for bariatric surgery is sometimes the only option to overcome obesity and its deadly commodities.

However, patients typically shrug off the inherent risks of surgery in a foreign country. Language barriers, unsanitary conditions, unregulated medical care, or having your kidney stolen can turn your medical vacation into a horrifying nightmare. Is the low price worth the potential dangers and risks of weight loss surgery in Mexico? 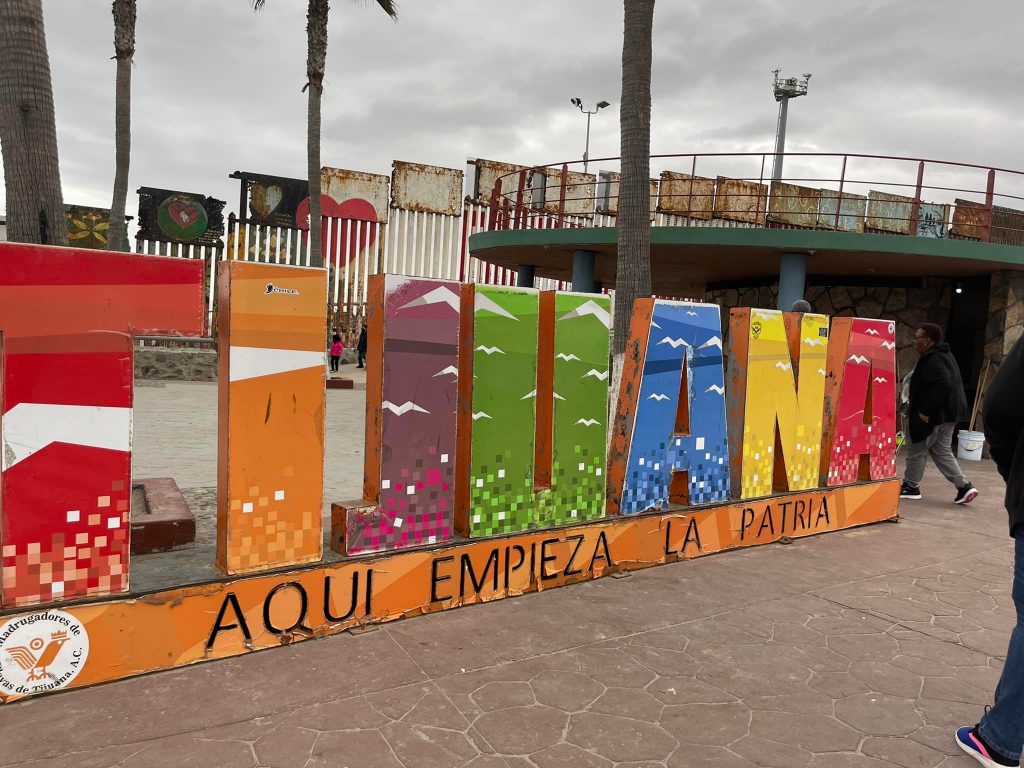 While the initial cost is low, unexpected expenses can arise from thin air. It is estimated that 33% of gastric sleeve patients have a hiatal hernia repaired during surgery. That can run up your bill a couple of thousand dollars more. You won’t negotiate while you’re lying on the operating table. If the surgeon nicks one of your arteries and evacuates you to another hospital, you will need to pay that bill. Mexico is not like the United States (where medical care is a basic human right). Unforeseen costs can quickly add up for fixing the botched bariatric surgery, which is usually voided by insurance coverage due to undergoing surgery in a different country. 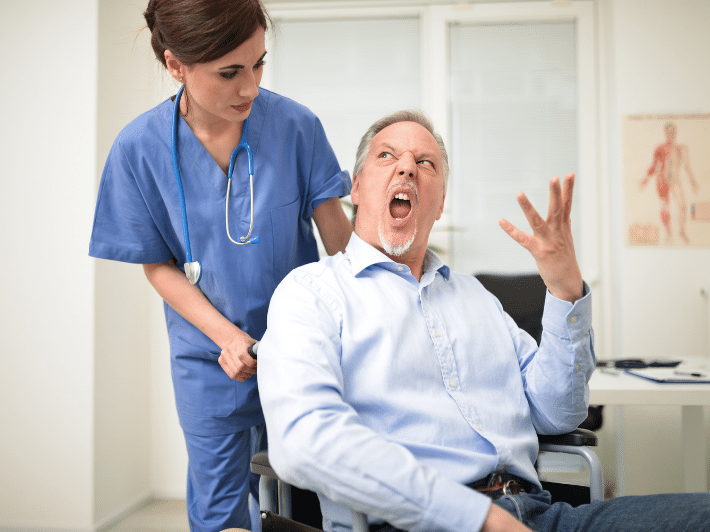 Safety and proper care maybe the difference between flying back home in a plane or heading back in a casket. Not all hospitals in Mexico will be honest about their standards for providing safe and capable doctors for weight loss surgery. Suppose a situation arises like an allergic reaction surgical complication. In that case, language barriers will make it much more challenging to communicate with your doctor. 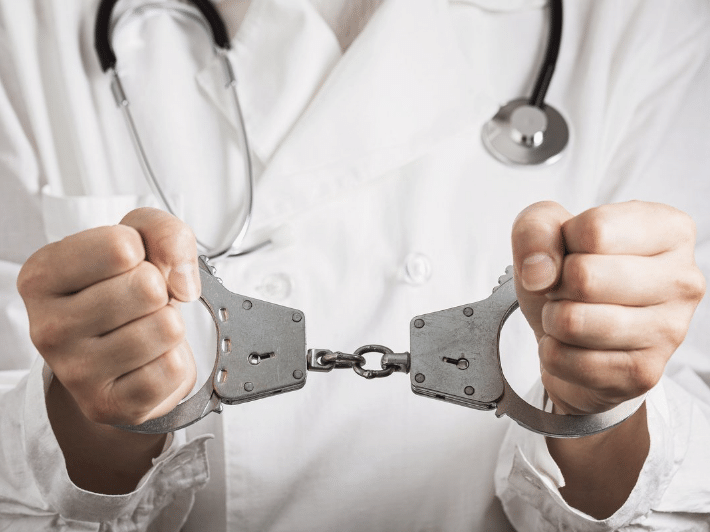 In popular destinations like Tijuana, Mexico, accountability is hard to come by. Even if the law is on your side, it’s rare to receive a settlement or compensation for medical malpractice done by a Mexican surgeon. The National Commission of Medical Arbitration received over 14,000 complaints of medical negligence in 2017. With most complaints coming from dentists, cosmetic surgeons, and gynecologists, Mexico will now make all complaints public, highlighting just how many malpractice lawsuits are reported and settled. 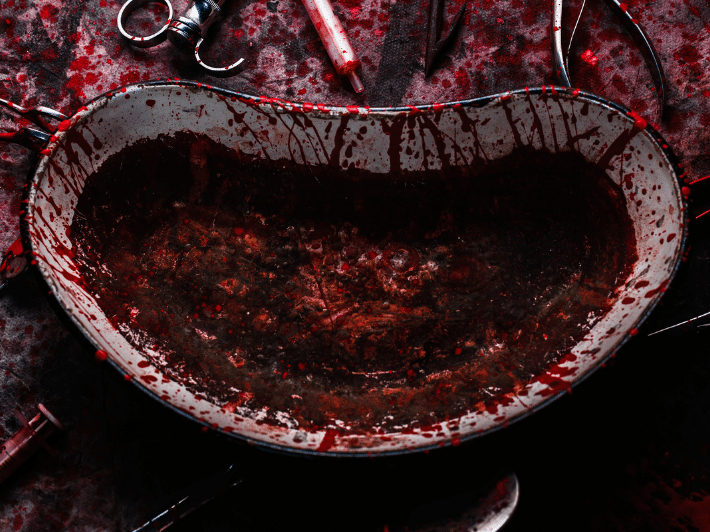 Another severe hazard of weight loss surgery in Mexico is not having the same medical standards and regulations as the United States. Since there is very little oversight, you may find yourself in a facility with clogged IVs, dirty bedsheets, and contaminated medical equipment. When weight loss surgery in Mexico goes wrong, unsanitary conditions are at the core of the problem. In 2019, the Center for Disease Control reported eleven people returning home with life-threatening infections. 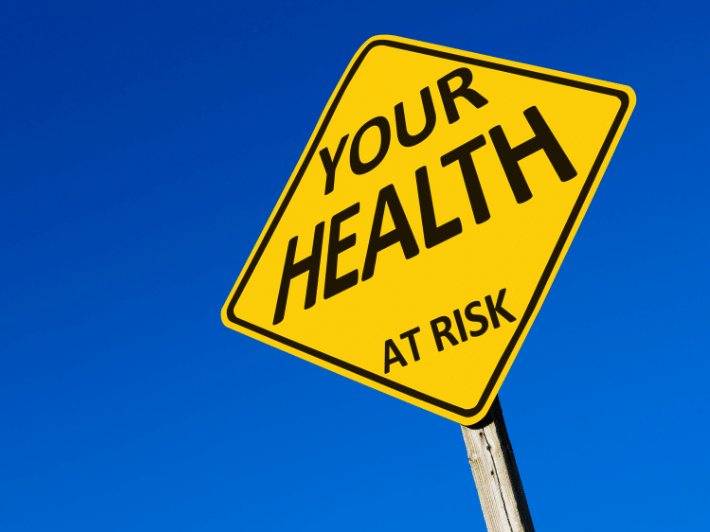 During the first couple of weeks after weight loss surgery, you are at a greater risk of developing clots in your legs and lungs, such as deep vein thrombosis (DVT) and pulmonary embolisms (PE). It is strongly advised to delay any immediate travel and avoid long flights during the first four weeks of recovery. Suppose a complication arises after receiving surgery in Mexico. In that case, it is highly unlikely that your insurance will cover any expense if revisions are required since it was done in another country out of their jurisdiction. 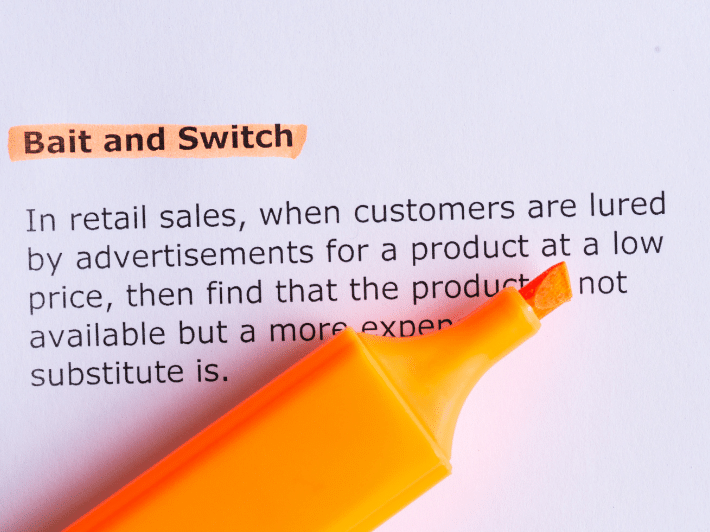 It’s not uncommon to go to Mexico for one procedure (like gastric bypass surgery, duodenal switch, or lap band) but return home unknowingly with a different procedure (like gastric sleeve surgery). Mexico’s low medical regulations make it a breeding ground for scheming practices to open up and portray as bariatric clinics. Dishonest websites, false advertising, and empty promises can be significant problems when receiving “cheaper” weight loss surgery. 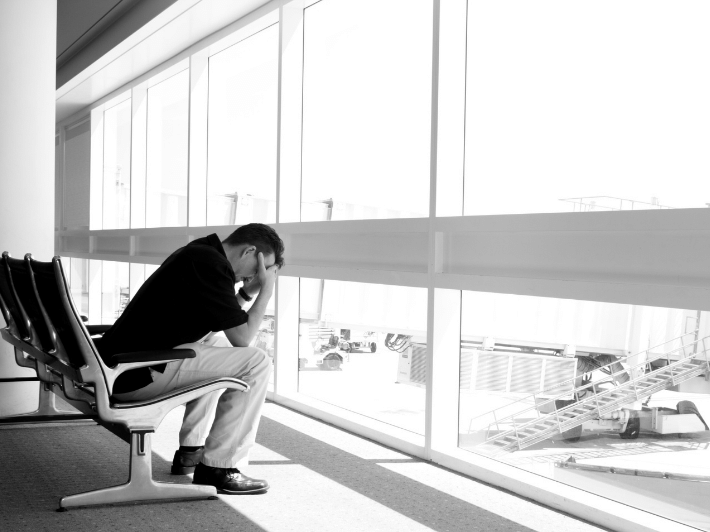 Getting stranded in Mexico after weight loss surgery is the last place you want to be. Especially during the COVID-19 pandemic, rumors of border closing may put you on edge. This ultimately leads to more unnecessary expenses and extra time away from your family if you travel alone. The Worst case scenario is you catch COVID, and now you have no choice but to stay in Mexico. 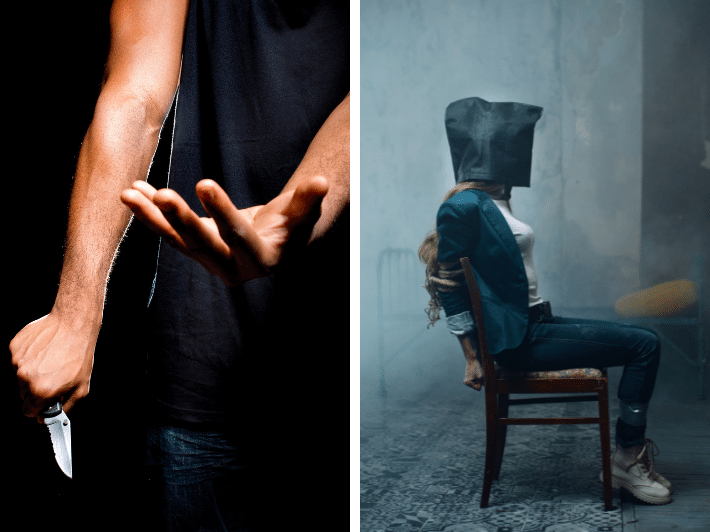 One danger of weight loss surgery in Mexico is being kidnapped. It is estimated that 250 to 400 innocent Americans are kidnapped in Mexico every year. In 2021 it was reported that the extortion rate increased by 30% while kidnappings also increased by 14% in Baja California. Crime has skyrocketed in Tijuana since the pandemic hit, and about 50% of Tijuana’s residents are victims of these senseless crimes daily. 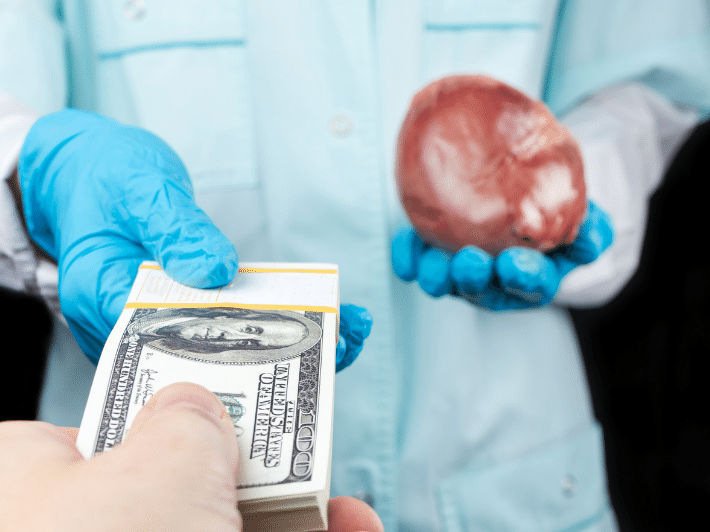 One of the biggest fears when going under the knife in Mexico is waking up with missing organs. The most sought-after organ is the kidney, and WHO claims that “10,000 kidneys are traded on the black market worldwide each year, or more than one every hour”. The vulnerability of being asleep during weight loss surgery in Mexico and being taken advantage of is a horrifying and traumatic experience that could lead to severe long-term health complications. 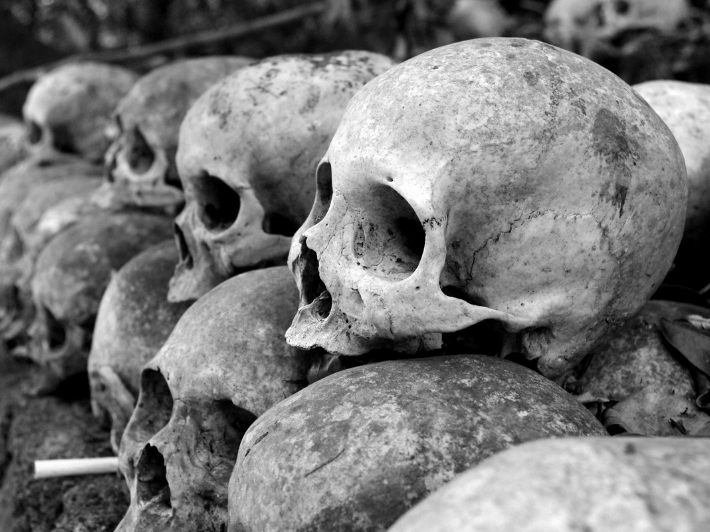 One may not want to admit it, but death is always a possibility with any surgery. If you have accepted that hazard, then you may want to ask, “what will happen with my body if I die?” Receiving care in a foreign country like Mexico can significantly increase if inexperienced doctors operate. The liability isn’t the same in all countries, and even your death can be another statistic in their medical books.

Going to Mexico can sometimes heighten our anxiety and fears of possible worst-case scenarios. Yet, thousands of medical tourists cross the border every month for a cheaper alternative for bariatric surgery. Despite all the dangers, every country has horror stories – even in first-class medical care in the United States and Canada.

When researching weight loss surgery facilities in Mexico, be on the lookout for up-to-date protocols and safety standards. Make sure the clinic is at least certified with reputable surgeons and follows local safety regulations. It’s up to you to do your due diligence and, with sound research, come to your conclusion when choosing to get weight loss surgery in Mexico. Failing to do proper research exposes you to potential hazards, illnesses, and in some cases, death. Instead, it would be best if you had the peace of mind that you’ll be in good hands with a respectable and capable practitioner.