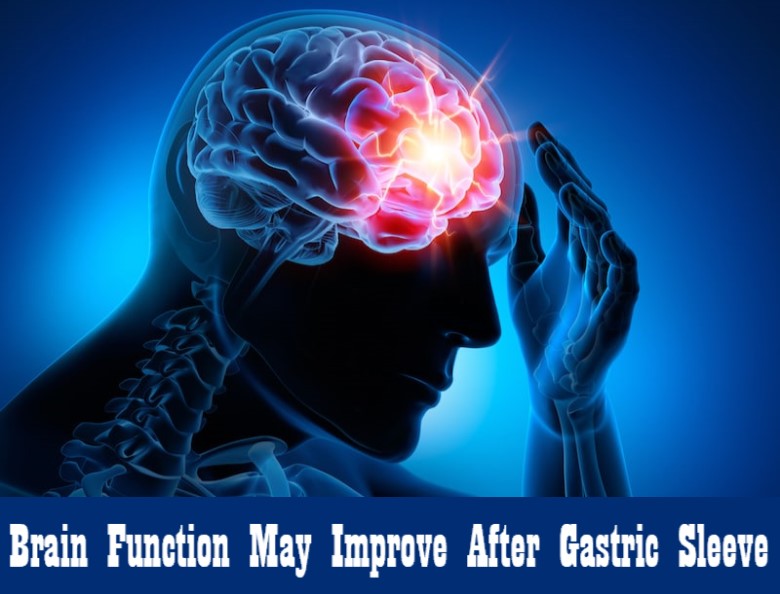 With one-third of the adults in the United States is considered obese, it is clear that this epidemic is a difficult issue to treat. Obesity is frequently accompanied by other underlying medical conditions, such as diabetes type 2, and cardiovascular disease. Abnormalities in brain function and structure can stem from being overweight.

Brain function may improve after bariatric surgery, like gastric sleeve.

The typical solution from physicians is a major change in diet and exercise along with medical therapy, all of which seem to fail for the most part. Even though only 17 percent of those involved in a diet and exercise plan report to have been able to maintain a minimum weight loss of 10 percent of their body weight for an entire year, medical experts still resist the idea that these traditional approaches will work.

Evidence obtained through scientific study shows the reasons why diet and exercise are not the keys to obesity management success. The brain and body adapt to the increased fat levels and resists even modest diet restriction to prevent starvation. Bariatric surgery, such as gastric sleeve, causes hormonal changes and helps the body to a lower weight.

It would appear from scientific research that the governing physiology behind overeating is very much like that of substance abuse or addiction such as alcohol and drugs. These addictive disorders come from the part of the brain that promotes those behaviors that are considered necessary for the survival of the individual. In most cases, the release of dopamine, a substance in the body that increases pleasure, occurs when foods that are high in calories and taste good are eaten. This serves as reinforcement to the body and mind telling the person that they should do it again. Continued release of dopamine can render the brain less sensitive to it causing the individual to eat more to try and create the same effect.

In addition to the release of dopamine, neural pathways causing the eating to become over-sensitized, and new permanent neural pathways are created. Other hormones such as leptin and ghrelin are also found to be abnormal in individuals that are obese. These hormones transmit signals to the brain from the body letting it know when the body is satisfied and the stomach is full. Bacteria that reside in your intestines called flora also send messages to the brain relating to food and helping to increase or decrease appetite accordingly.

Eating food is necessary to your survival and because of this fact, as well as the repeated pathways reinforcing the way you eat, the bodies eating habits go into overdrive believing that you must eat more and again for survival. This can undermine any diet plan in the works. Most people do not fail to stick to their diet because they have no willpower but because their body’s survival instincts kick into play and take over their brain.

Changing these systems that drive the brain to believe that more food must be eaten in order to survive is potentially the key to weight loss success. Bariatric surgery has proven to be a solution for rapid weight reduction. The gastric sleeve, as well as Roux-en-Y surgery, provides a reduction in the pleasure centers of the brain when exposed to food. The surgery reduces the production of appetite-stimulating nerves and brings intestinal flora into check through the surgery process.

This essentially means that bariatric surgery retrains the brain and how it responds to food through mediation. The surgery creates a negative experience with eating too much food that creates a new response to eating habits. This process creates dramatic changes in the body and weight loss unlike that found with diet and exercise plans. Long term weight loss is experienced more frequently with bariatric surgery than with any other type of weight loss effort. Weight loss surgery is not only important to stopping the obesity cycle but for stopping the onset and in some cases reversing comorbidities associated with obesity such as diabetes, heart disease, high blood pressure, and arthritis.