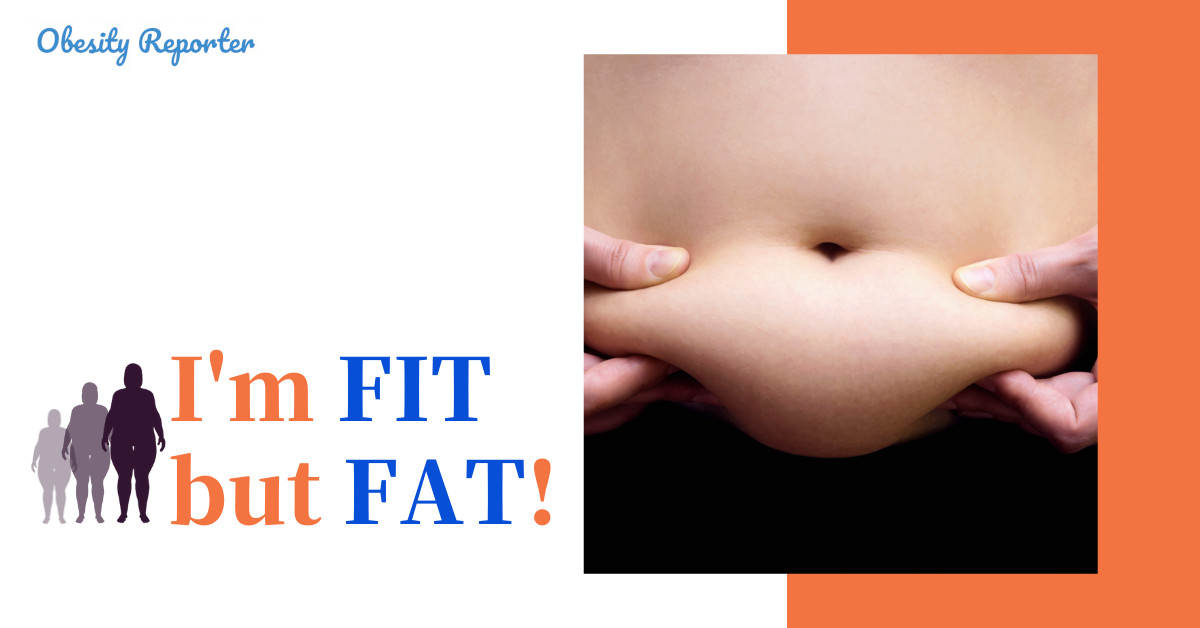 The fight against obesity and its stigma has become a trending topic. There are more and more campaigns every day seeking to raise awareness of obesity.

Question: Does being active despite having extra pounds improve your obesity-related health risks?

It was previously thought that physically fit overweight people are actually healthier than those who are thin and not exercising. That statement could not be further from reality.

Many research articles thought that staying active cancels out the side effects of obesity – particularly regarding heart health. One recent study by the University of Birmingham in the UK shows that maintaining an active lifestyle does not reduce the risks associated with being overweight.

Whether or not you are physically fit with regular blood sugar, blood pressure, and cholesterol but have a high BMI, the risks do not change.1

Before getting into the topic, we must first recognize that obesity is a disease that involves many complex issues, ranging from psychological, organic, and even environmental. 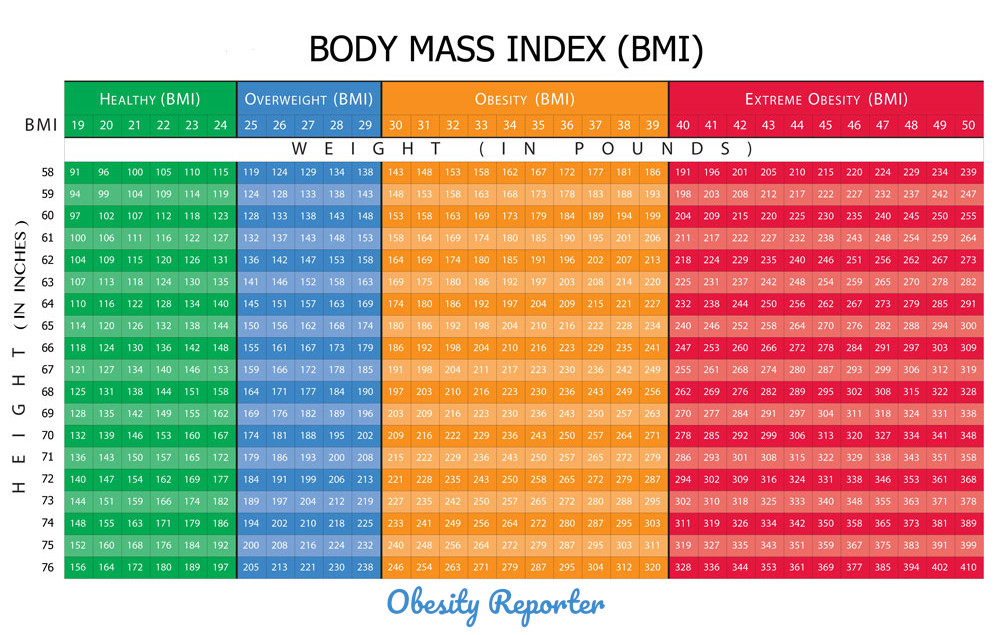 According to the Center for Disease Control and Prevention (CDC), excess weight is measured by Body Mass Index (BMI) – a calculation based on height and weight. Obesity is when a person’s weight is higher than what is considered healthy for his/her stature, which according to BMI charts is equal to or greater than 30.0. Studies have linked obesity with a slew of fatal heart conditions like heart failure, heart attacks, and coronary heart disease.

According to recent statistics, obesity-related conditions are the leading cause of death in the world.2 The new study is putting an end to the ‘fat-but-active’ myth.

According to a clinical trial published in January of this year by World Obesity, abdominal fat may contribute to cardiovascular disease. Cardiovascular illnesses can be harmful to the body and eventually result in a fatality in many cases.

Obesity Cardiomyopathy is associated with an increased risk of heart failure, systemic and pulmonary arterial hypertension, and a coronary heart condition. Unfortunately, there are many more issues tied to obesity.

Obesity is not only linked to coronary disease; but to more than 200 other conditions, according to a systematic review. Some of these include diabetes mellitus, depression, fatty liver disease, arthritis, anxiety, atherosclerosis, chronic kidney disease, and even cancer are among the conditions.3

How Extra Fat Can Affect My Heart?

When there is a fat accumulation in the body, its adipose tissue ceases to be functional, and abnormal buildup begins in vital organs such as the pancreas, liver, kidneys, and heart.

“As adipose tissue accumulates, numerous alterations in cardiac structure occur in individuals with obesity, even in the absence of co‐morbidities.” John PH. Wilding says, a doctor from the Department of Cardiovascular and Metabolic Medicine at the University of Liverpool.

John Wilding explains that the basis behind the cardiovascular disease is the increased cardiac activity due to higher metabolic demands on the body from fat accumulation.

Negative Side Effects of Exercising on High-BMI Heart

The heart must work harder, causing an expansion in the amount of blood that reaches the ventricles. This phenomenon produces dilation and increases the muscular wall tension, resulting in a large and dysfunctional heart, as well as an increase in blood pressure.

“These functional, morphological, and metabolic abnormalities related to the heart that is caused by obesity can result in obesity cardiomyopathy (OCM). OCM is caused by changes to the structure and function of the heart in the absence of other cardiac risk factors”.4

In order to give the best possible outcome for losing weight and improving heart health are seeking different weight loss methods. The treatment of obesity involves many elements, from something as simple as a lifestyle change to more substantial measures such as surgery.

Weight loss programs may be beneficial for those with slightly overweight BMI’s. Diet and lifestyle changes are an integral part of reducing deaths and preventing chronic disease; some individuals may need more assistance with weight loss due to external factors and may resort to weight loss surgery.

Bariatric surgery is a highly effective alternative for weight reduction in those with severe obesity. Long-term studies consider it a promising option with improvement in many risk factors, mainly cardiovascular.

“Two‐ and 10‐year follow‐up data from the Swedish Obese Subjects (SOS) study demonstrated that bariatric surgery leads to type 2 diabetes remission, as well as improvements in hypertension and hypertriglyceridemia.”5

These studies teach us that obesity is both a disease and a risk factor for other diseases however is a treatable and highly preventable condition if early lifestyle changes are made. 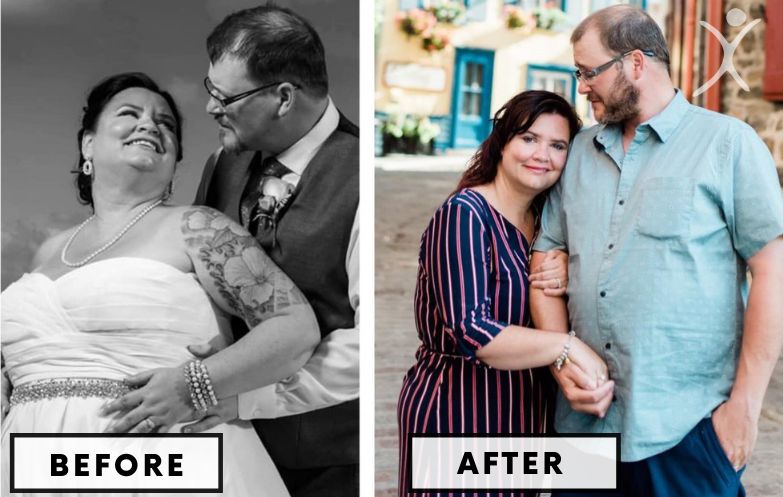 The concept that a fit person that has a high amount of body fat is better off than an inactive individual with a “normal” BMI is no longer valid. Being physically fit and considerably overweight puts you at risk of early death. The likelihood of premature death is higher in physically active obese people than the inactive “thin” individual.6

Someone who suffers from obesity should not be a victim; on the contrary, we must be empathetic and understand that it is a disease. Cacomorphobia is society’s rejection of those that are larger than the average person and reflects more than people’s decadence; it shows mental poverty. A simple, malicious joke can be “the straw that breaks the camel’s back.”