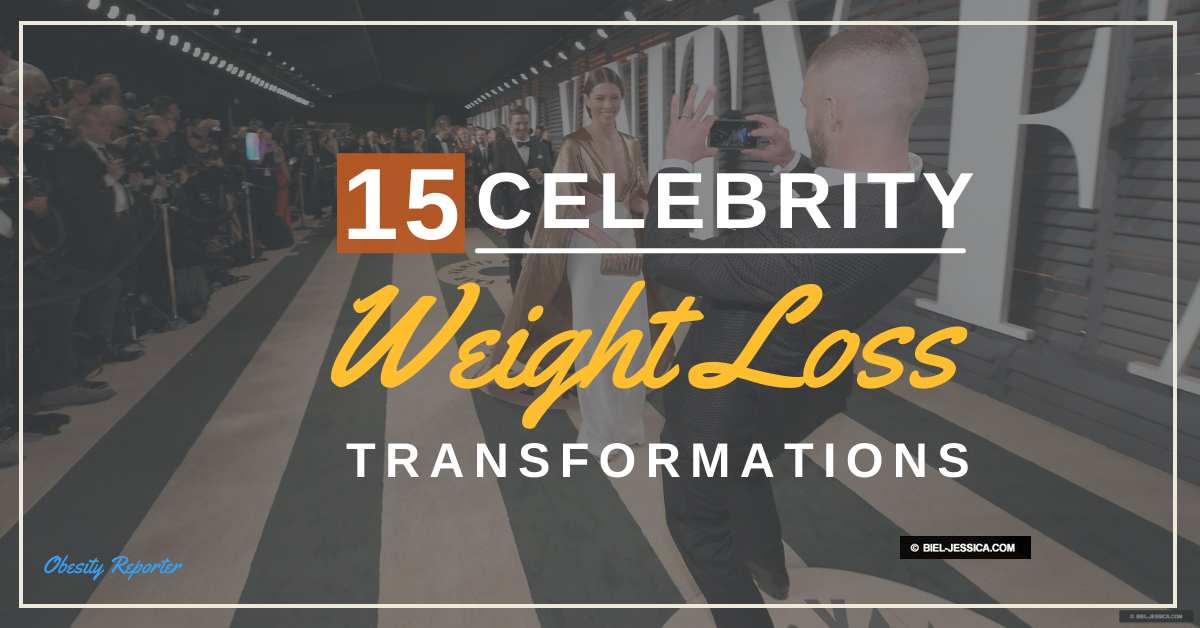 Living life under the spotlight can be quite a challenge – many celebrities are constantly being critiqued for their hair, clothes, and even weight. Some stars feel the need to lose weight to alter their appearance, while others do it simply for the sake of their own health and to prevent obesity-related illnesses.

With the prevalence of COVID -19, it has been quite the challenge for us all when it comes to weight loss; here is a list of 15 celebrity weight loss transformations to spark some inspiration! 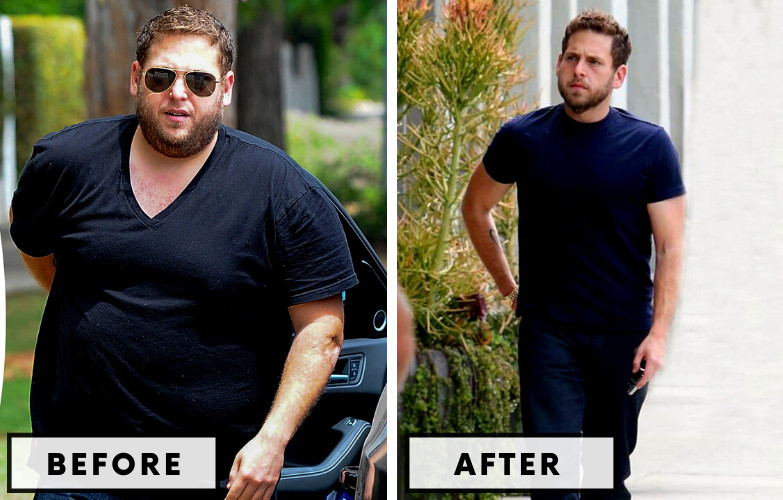 “I wish there was some crazy thing that I did, like a pill or a genie or something. But it was, unfortunately, I went to see a nutritionist, and he told me what to eat to change my habits and stuff” – Jonah Hill

Actor Jonah Hill best known for his movies “The Wolf of Wall Street,” “21 Jump Street” and “Superbad,” has had a fantastic weight loss transformation throughout his career. The actor’s weight has fluctuated up and down for his many roles. Hill admitted that he lost his excess weight strictly through diet and exercise. Exercises such as boxing, strength training, and cardio have been added to Hill’s one-hour daily workout regime. As for his diet, Hill consumes smaller portion sizes that consist of high amounts of protein, veggies, grains, and fats. 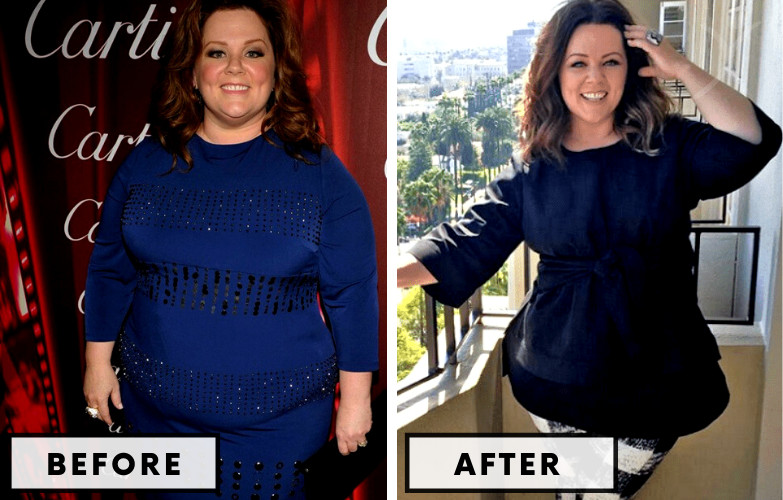 “I think I’m more confident than I’ve ever felt in my life. I always thought it was worth the fight. Now I know it is.” – Melissa McCarthy

Melissa McCarthy, known for her comedic roles, has lost a whopping 75 lbs in the past few years. McCarthy follows a strict exercise regime that includes cardio Tuesdays and Thursdays and strength training Mondays, Wednesdays, and Fridays. A low carb, high protein diet seemed to be what worked for McCarthy to help shed pounds. More specifically, her diet consists of complex carbs, high protein, healthy fats, no sugar, and lots of water. 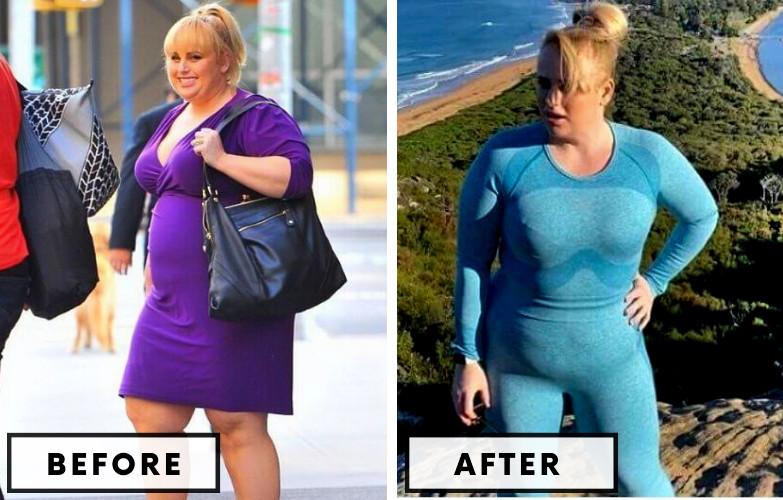 “There’s no one book or right product or right thing you can buy; you can just learn little tidbits about what works for you…You can’t outtrain a bad diet, which is something I should have known but didn’t really know…” – Rebel Wilson

Rebel Wilson became known to Hollywood after her breakout role as “Fat Amy.” Wilson landed several roles that portrayed her as the comical “fat” character. Being labeled as a “fat” actress helped the star to kick-start her weight loss journey. Wilson keeps her workout routine simple, making sure to get in one hour of exercise a day, whether it be with her personal trainer or walking around outside. As for her diet, Wilson sticks to a high-protein diet, consisting of around 1,500 calories a day while attempting to lose weight. For her maintenance calories, the actress eats 2,000 calories a day of nutritious foods. 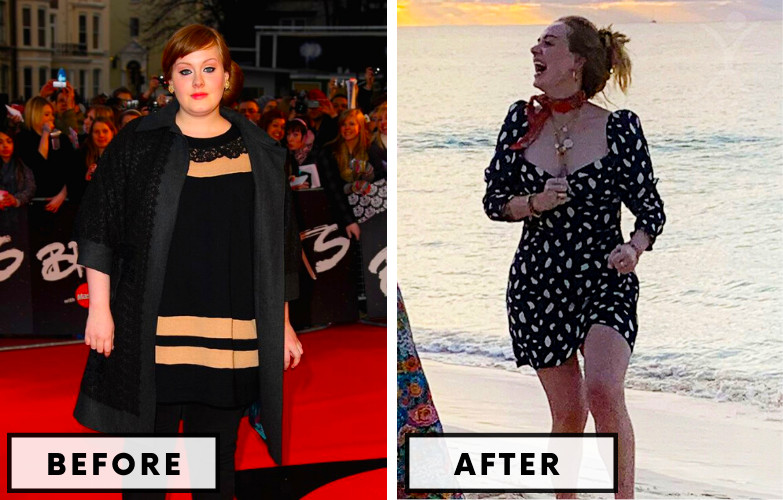 “For the first time in a decade I’m ready to feel the world around me and look up for once. Be kind to yourself, people, we’re only human, go slow, put your phone down and laugh out loud at every opportunity.” – Adele

Grammy-winning Adele has shocked Hollywood with her sudden weight loss of 100lbs. It has been reported that the singer decided to lose weight to become healthier for her son and to increase her stamina during her performances. Adele incorporates exercises such as cardio, circuit training, and pilates into her regime. Following a diet full of nutritious foods that both she and her son can enjoy is what has helped her achieve her new figure. 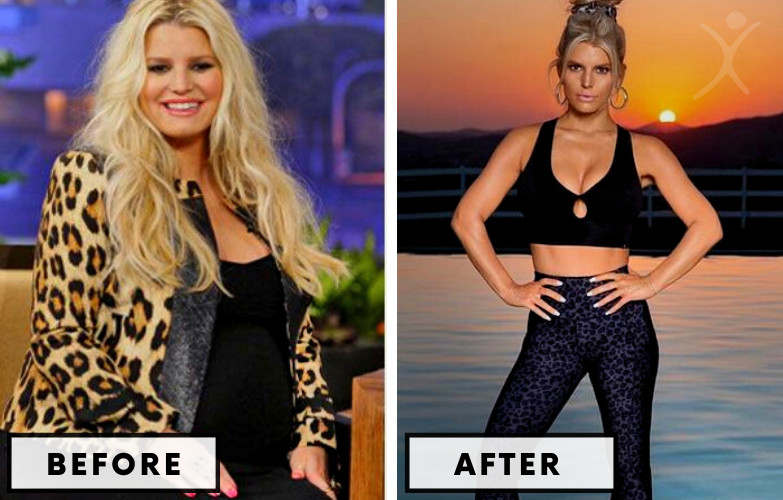 “…how do I keep whatever I am doing now forever? That’s why I am not a big fan of doing any extreme diet or radical forms of exercise…” – Jessica Simpson

Actress Jessica Simpson has made it clear how she managed to lose her pregnancy weight; she insists that getting exercise and maintaining a clean diet is the secret to weight loss. Simpson is not a fan of fad diets and extreme exercise routines. The actress makes sure to get in 14,000 steps a day and consumes a balanced diet of protein, grains, fats, fruits, and veggies. Forming a routine and diet that will help her to maintain a long-term weight loss has been the main focus for Simpson. 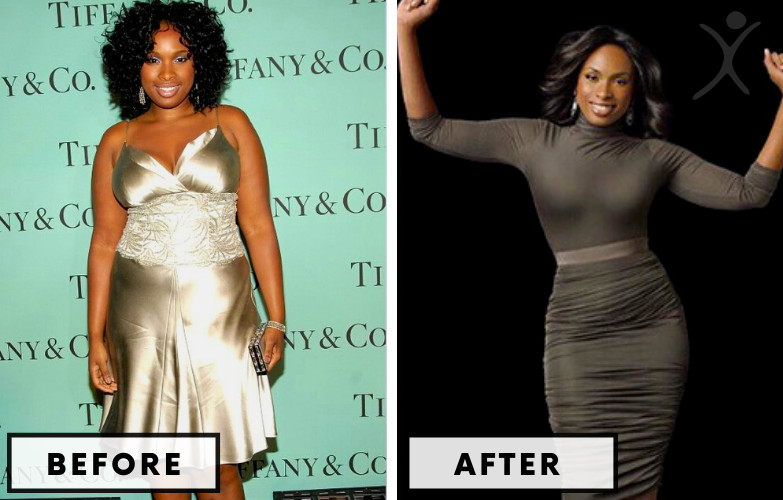 “I’m very careful and cautious of what I’m eating, so I just try to pace those meals throughout the day. I’m very conscious of what I put in my body.”- Jennifer Hudson

It is no secret that singer Jennifer Hudson has been an advocate for Weight Watchers. The star underwent an 80lb weight loss through the weight loss program. Weight Watchers uses a complex points system that allows clients to have a flexible diet plan. Hudson admits that it is difficult to fit exercise into her busy schedule, so she relies mainly on a diet to sustain her weight loss. 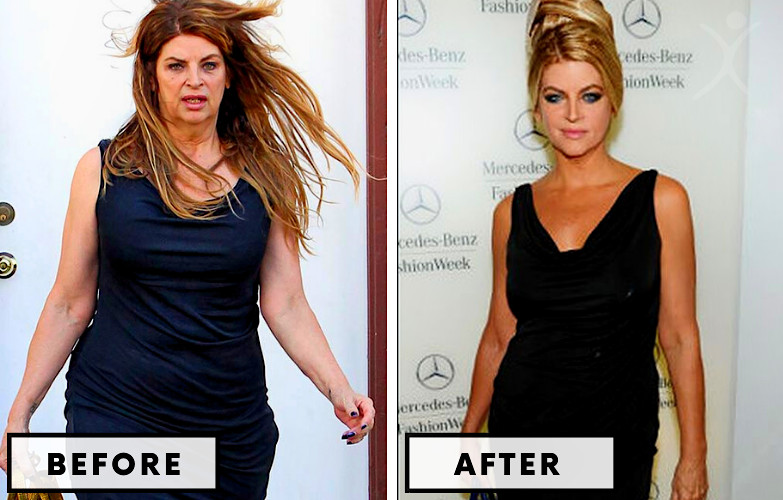 “There’s this certain place I hit where I felt really energetic and agile. I was like, I want to keep going with this.” – Kirstie Alley

Kirstie Alley has been a promoter for Jenny Craig since 2006 and managed to drop 75lbs. The actress sticks with the Jenny Craig meals along with her own meals and is able to maintain her new figure by frequently consulting with her coach. Her meals consist of smaller sizes and lots of fruits and vegetables. Alley is sure to include exercise in her day to optimize her weight loss. 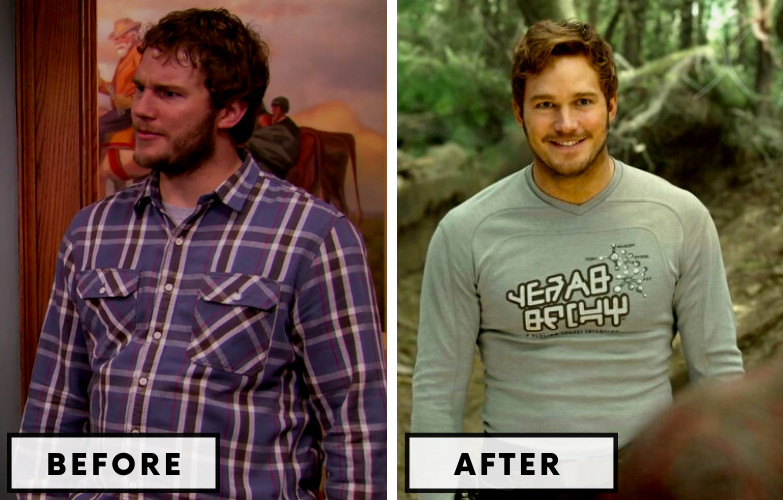 “Honestly, there’s no trick or secret to it. It’s about getting after it and being patient and consistent. And it’s not about starving yourself, because you want to give your body proper nutrition. Fuel your body with good food.” – Chris Pratt

Chris Pratt, known for both his comedic and superhero roles, has had fluctuating weight loss and weight gain throughout his career. Pratt’s roles have forced him to gain and lose weight since his rise to stardom in 2014. One of the more shocking milestones was the star’s 60lb weight loss in 2017. Pratt claims that his weight loss was succeeded by maintaining a Paleo diet, with high amounts of proteins and low carbs. The actor also included rigorous exercise 5 times a week. 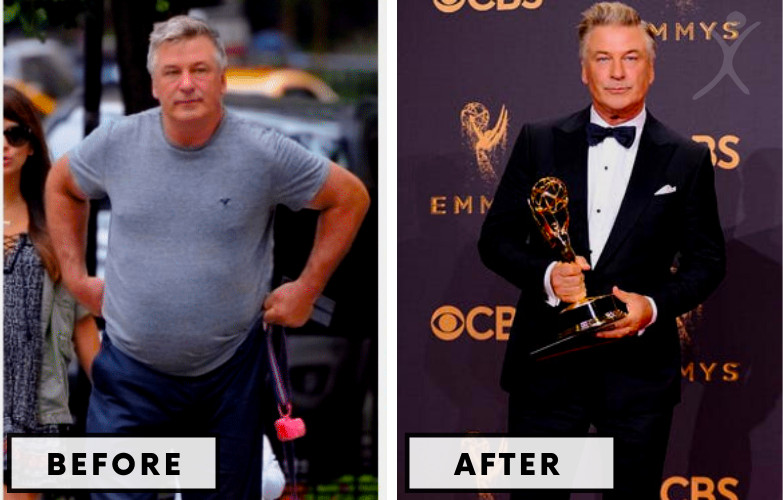 “I have found that being healthy is about not focusing on weight and rather on how I feel, how strong I am, and how healthy I am.” -Alec Baldwin

After being diagnosed as pre-diabetic, Actor Alec Baldwin realized something needed to change. Baldwin’s wife insisted they removed all junk food and high-sugar foods from their house to avoid any temptations. The actor began doing yoga alongside his wife to help with both heart health and weight-loss. 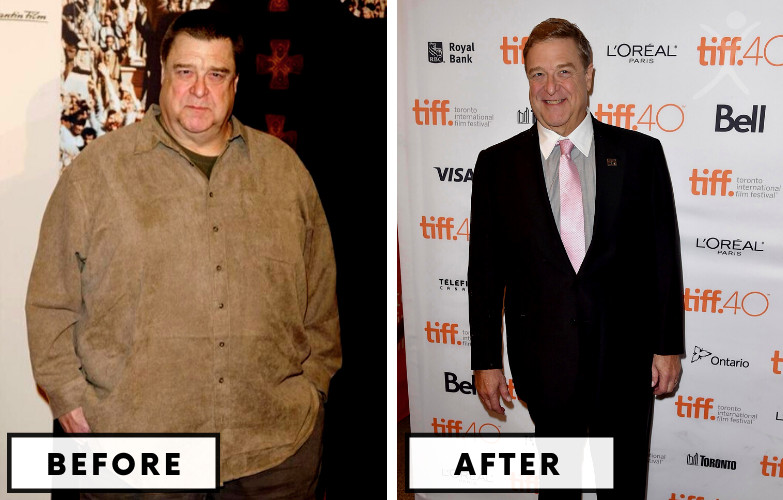 “I always wanted more of something. There was an emptiness inside me. I still have it, but I know what it is now. You recognize it and go, “There it is.” You don’t have to fill it with another pork chop or a drink.” – John Goodman

After struggling with weight his entire life, John Goodman decided it was time to gain control of his health. The actor worked with his nutritionist and began following a Mediterranean diet. This diet consists of high protein, high amounts of healthy fats, lots of veggies, and low sugar/red meat. Goodman has lost over 100lbs and managed to keep it off by utilizing portion control and exercise alongside the diet.

“So all of the people who are saying, ‘Oh, I need to accept myself as I am’ – I can’t accept myself if I’m over 200 pounds (90kg) , because it’s too much work on my heart. It causes high blood pressure for me. It puts me at risk for diabetes, because I have diabetes in my family.” – Oprah Winfrey

Well-known talk show host and author Oprah Winfrey opens up about her amazing weight loss journey. Winfrey reveals that she was diagnosed with pre-diabetes, which prompted the host to team with Weight Watchers to lose weight. The talk show host believes in eating foods that will help with long-term weight loss. 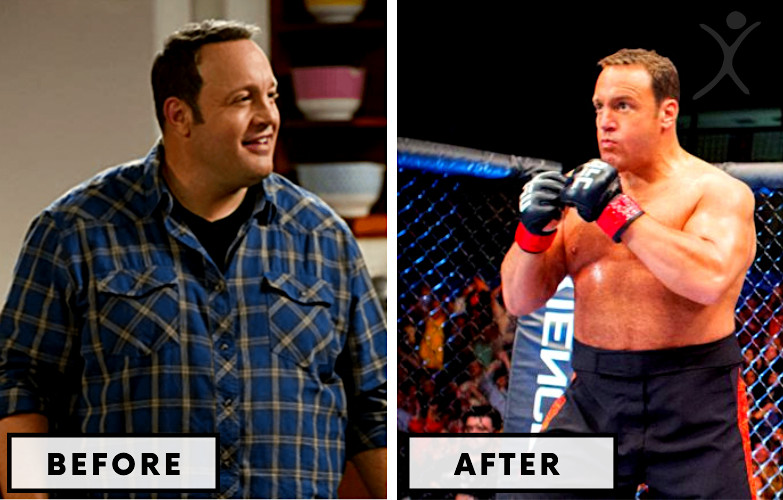 Kevin James, typically known for his comedy roles, took on a more serious role as an MMA fighter in 2012. The role is ultimately what led James to his decision to lose weight. James worked closely with a dietician and trainer during his weight loss journey. His meals consisted of as many vegetables as he could eat, proteins, and grains. The actor exercised at least 3 times a week and made sure to be active by running up and down his hotel stairs every day. 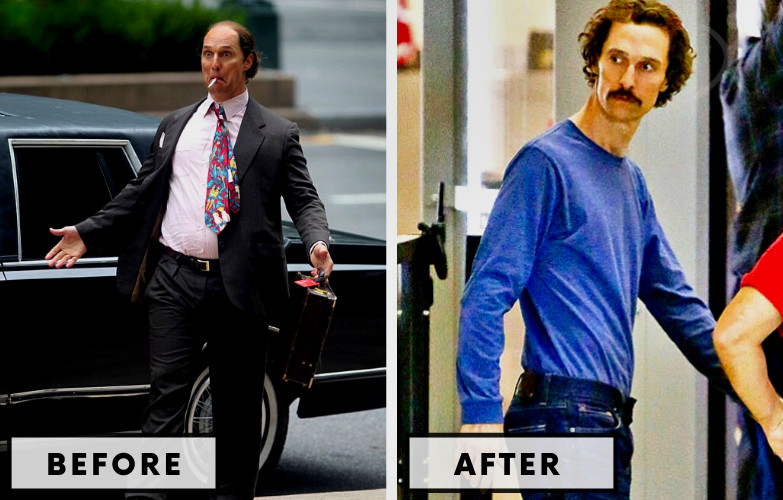 “I did not torture myself. I was militant. The hardest part was making the damn choice.” – Matthew McConaughey

Actor Matthew McConaughey was dedicated to losing 55 lbs in only 5 months to best portray the role of a man living with HIV. McConaughey shared that he ate only 3 meals a day- 2 of his meals consisted of fish and veggies, the 3rd meal was simply egg whites and veggies. The actor explained that he snacked on one tapioca pudding snack a night when he felt the craving. The exercise was detrimental to the actor’s rapid weight loss. 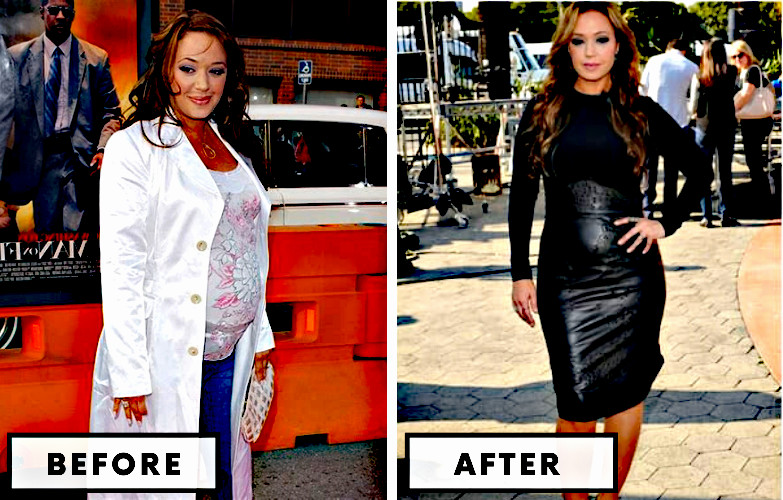 “I learned that you have to do something that works long term, I know it sounds trite, but you have to make a real commitment to yourself as a lifestyle change.” – Leah Remini

After facing harsh criticism on social media, Leah Remini decided she needed to make a change after her 80lb pregnancy weight gain. The actress incorporated both diet and exercise into her busy routine. The diet was designed for her by her doctor; the actress explains she is not restricted from certain foods; she is mindful of her calorie intake. Remini believes that she would not have been successful with her weight loss if she had not followed an exercise regime alongside her diet. 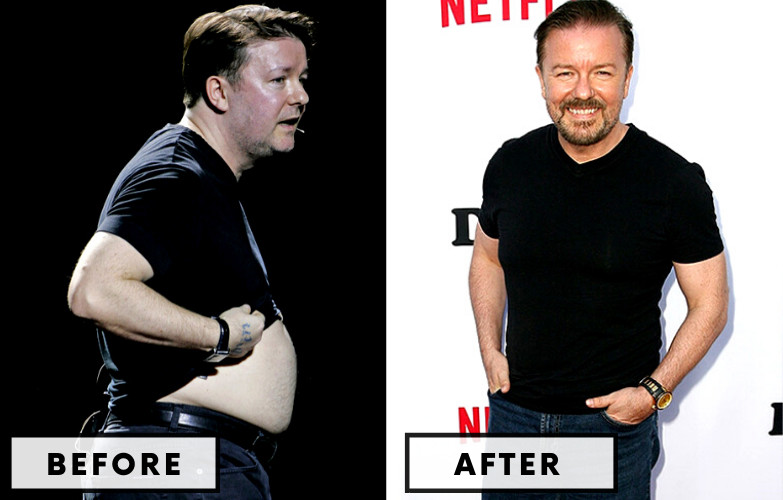 “It’s nothing to do with Hollywood or looking good. This is a health thing. I thought enough is enough. I need to look after myself. I am nearly 50 – I don’t want to die.” – Ricky Gervais

Actor/comedian Ricky Gervais has lost an impressive 21lbs through exercise alone. Gervais reveals that he refuses to give up food and alcohol. His exercise regime involves 35-40 minutes of cardio and is followed by 20 minutes of strength training. The actor decided to lose weight to become healthier and prevent fatty liver disease as well as other obesity-related diseases instead of “better looking.”

While sticking to a healthy diet and exercise regime worked for these celebrities, many others have found themselves struggling to lose excess weight. Weight loss surgery has been successful for many celebrities and is a good option for those that cannot seem to lose weight through dieting alone.

Check out this blog of 21 Celebrity Weight Loss Surgery Transformations to see if this would be a good option for you!